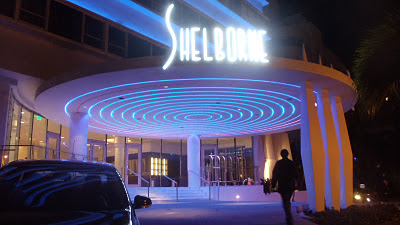 After another brilliant Basel flashow the neon lights of Miami Beach are dimmed. But soon enough we again fire-up them old holiday season illuminations. Like a mirror of South Beach before the Arts Awakening, the neighborhood of Wynwood has also molted dramatically. Over on the mainland in the past decade, 'Little PuertoRico' has been transformation beyond the beyond. For better of worse with the year closing, perhaps some ruminations on art's place in the swamp are in order. 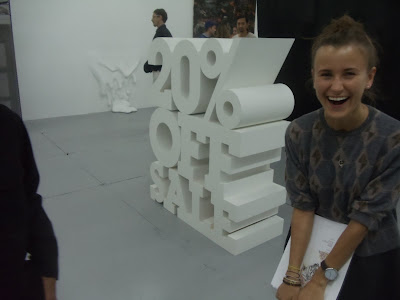 Watching paint dry one would think shazam-things just don't happen fast enough. But the truth is things are always changing. This is why God invented the 20% Off Sale; invented to further the flow of events. But where there is movement there is wear n tear and oftentimes some unintended transmutation. Such is the weirdness of Wynwood. 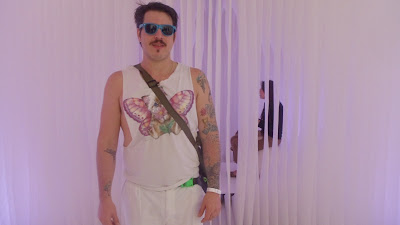 Nothing happens all of the sudden; Otto Von Jr. of South Florida proves well versed in Design District cyclical cynicism, when we discussed with elegance how moldy bricks and mortar are giving way to gleaming kubrickian faces, spaces and towers of blinding modern luxury . 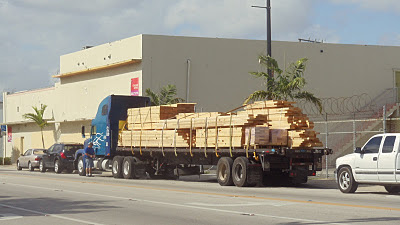 Quite the conversation piece at the Design Miami Fair Entrance, this year's very pleasing Pine Lumber Sculpture Conversation Cage now disassembled and loaded on a truck in route to storage on NE 36 street. 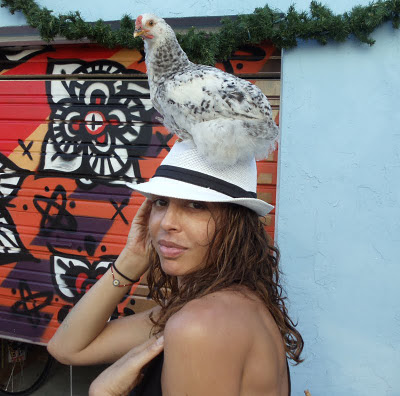 But this post is about a neighborhood in the final throes of an ambition gone wild, the focus of the December dispatch is what on earth has happened over there in Wynwood. Like the Gold Rush of Cali past, this unassuming working class neighborhood was intended to become a museum of street art. Instead Wynwood today is a colossal hodgepodge of mash culture anthropological technicolor public venting on a scale unseen since graffiti exploded on the NYC scene 30 years ago. There is an explanation. 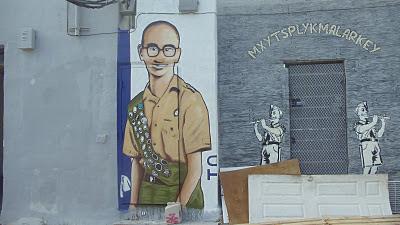 Here below is a primer for property owners and would be muralists of all stripes. 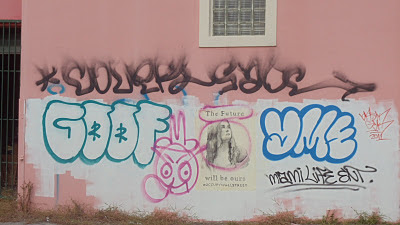 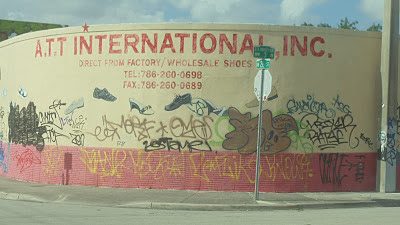 If you own a building in this neighborhood (or anywhere else) make haste arrange with an artist of your choosing to commission a work of art lest the place be plastered with uninvited tags and throw-ups. 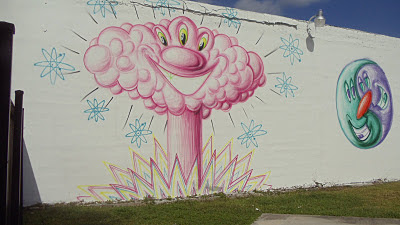 I will not blame the higher forces for what on earth has happened, but i will say indeed a bodacious bomb of belligerence sure as hell went off in this pocket of floundering Puerto Rican culture and identity. Wynwood is in need of paint... mostly white. 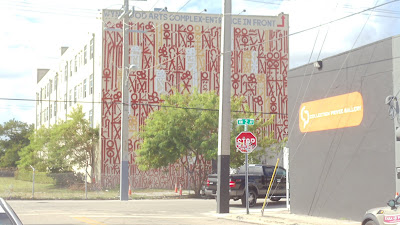 LA's only Retna, Top to Bottom of course. 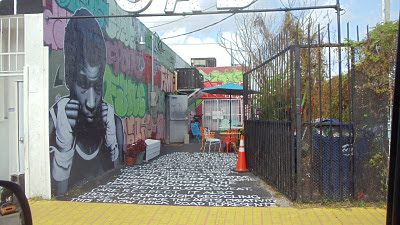 The site of the impetus swarm the original Locust Project thrives on auto-pilot while the new incarnation in the Design District searches of the next level of re-invention and a new home amid the ruins of self mutilating cut concrete and steel jumble. 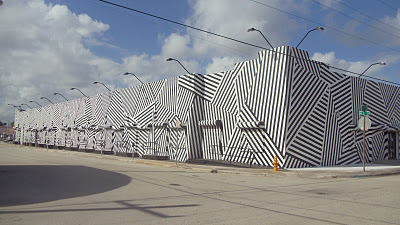 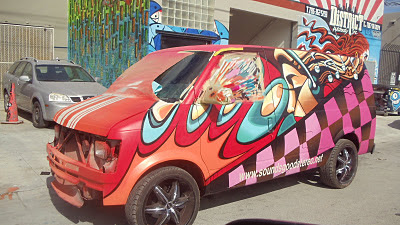 Crass for Clunkers, we Wynwood your ride. 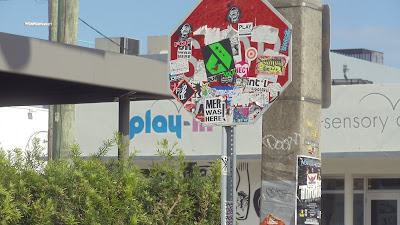 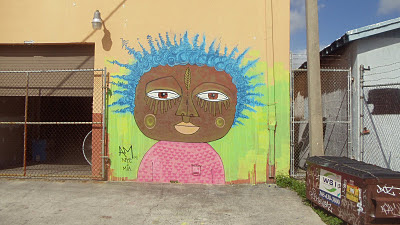 Rays of sunshine in a storm of hard. A non-arts business gets w the program. 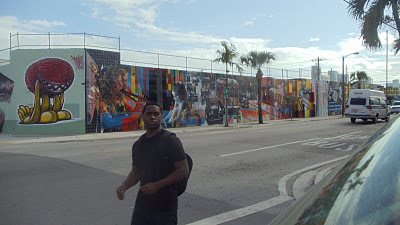 Southbound from 29 street, N.W. Second Avenue is where the Street Art Circus begins. 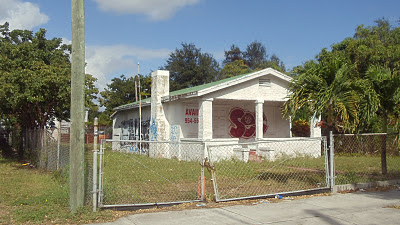 But venture just a block off the beaten path and you will see the detritus of a city in shambles from economic instability and lopsided public policy. How little can i get that for... 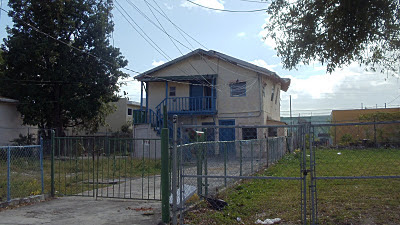 Venture far beyond the areas of concentrated efforts by our dynamic developers like Goldman and Robins, Miami is on the brink of cultural bankruptcy where despair is just a red-light ticket away and most folk cling to the comfort of their couch except those who brave the pavement on Art Walk Second Saturday in Wynwood. 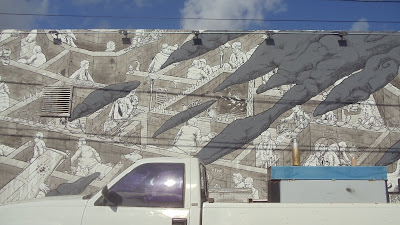 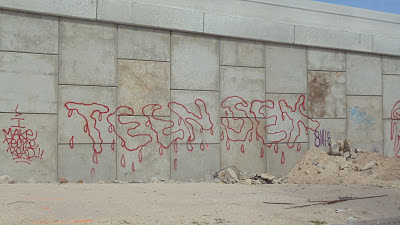 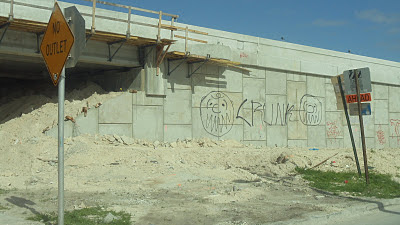 Not all graffiti is sanctioned, thank the Lawd. When will the endless roadwork end. 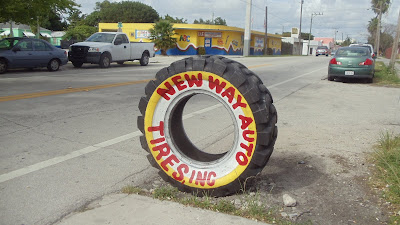 North of Wynwood the swamp is as it should be, unchanged for decades. 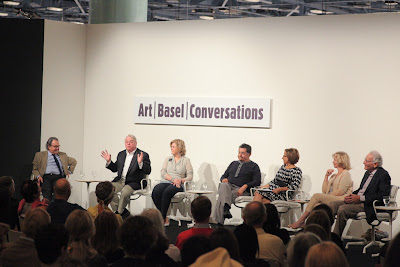 While the intelligential set politely discuss the nuanced broad trends in this current arts awakening, infusing the anointed few with visual and performing arts funding is their true focus. For better or worse the mass culture folk are not waiting for permission from the adults. Artists are taking to the street with paint cans and expressing visions of their place in the swamp. Question begs, when is enough enough; to what end is the Wynwood blossom a whither. 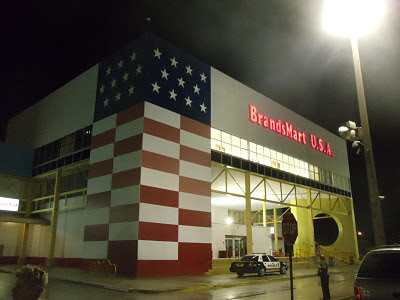 This holiday season, everybody has one. What's your Brand?
*
Posted by swampthing at 7:56 PM No comments: