We also need your Peeps Votes so Share with Friends.

Please take a moment to Text: 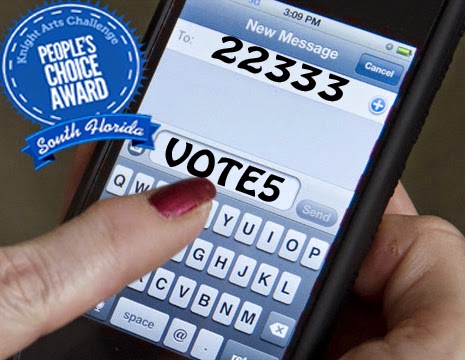 http://www.knightarts.org/peopleschoice
Posted by swampthing at 7:13 AM No comments: 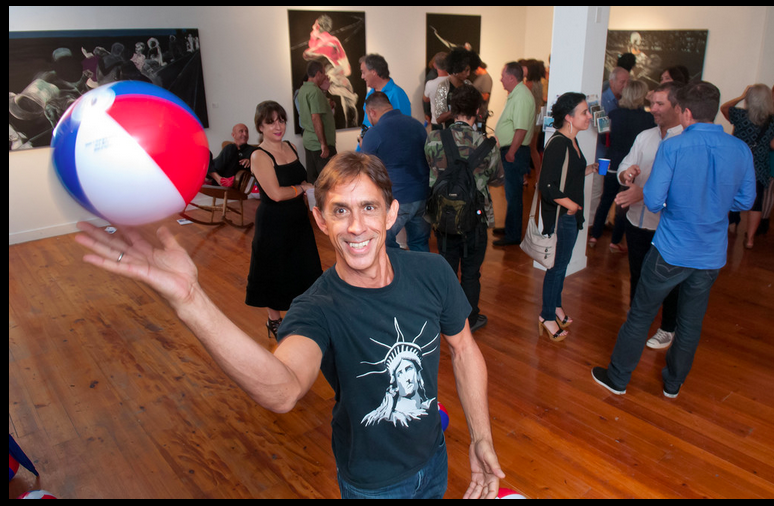 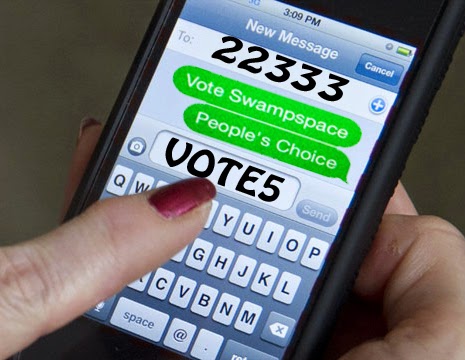 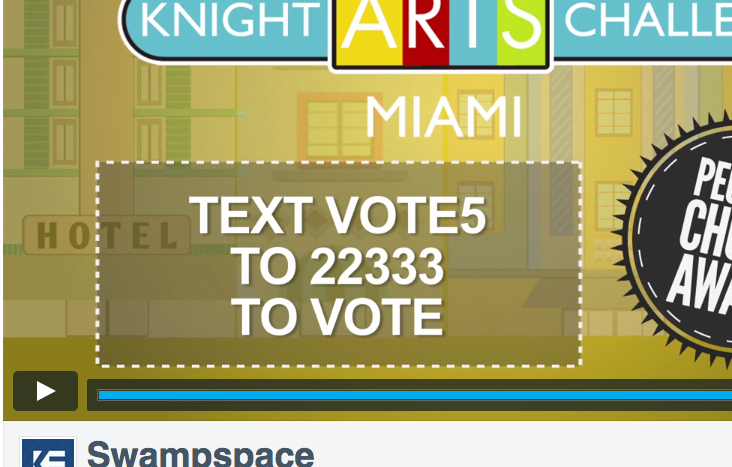 Posted by swampthing at 11:10 AM No comments: 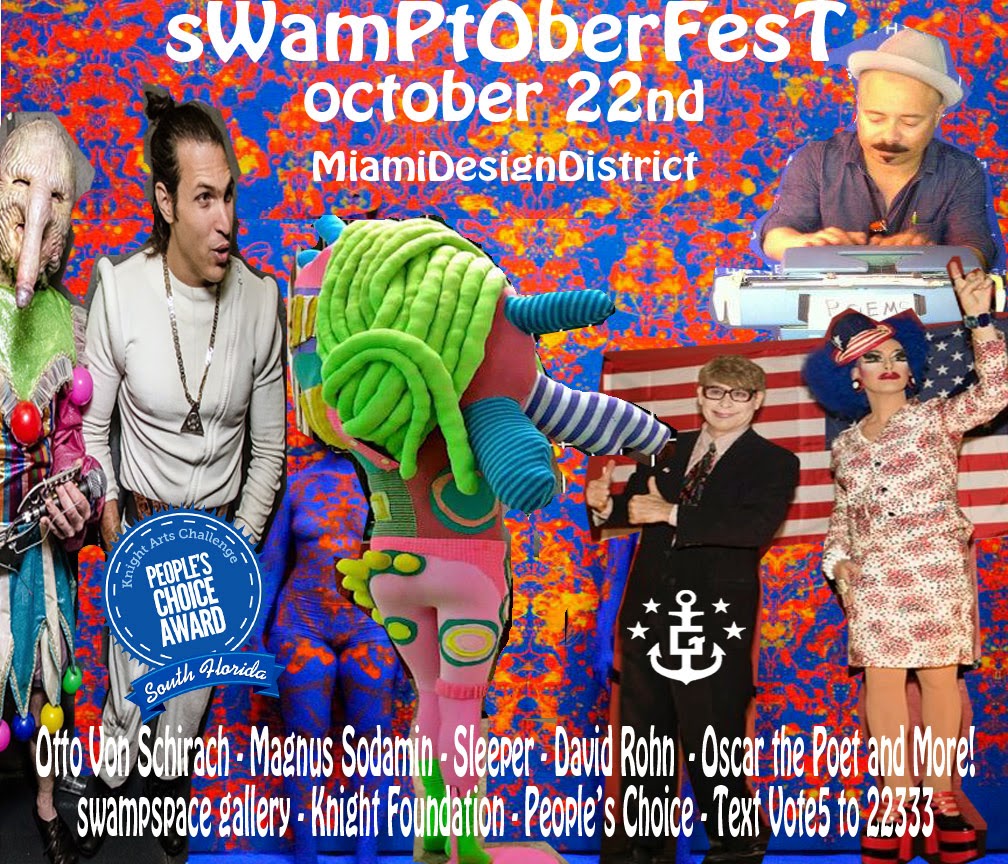 Swampspace Gallery to Partner with the Knight Foundation of South Florida.

The director of Swampspace, Oliver Sanchez announced today the nomination of the gallery by the Knight Foundation to their People's Choice Award, South Florida.  The announcement is a welcomed recognition for the maverick artist run project space located in the Miami Design District for nearly a decade.

Swampspace is pleased to present an Open House that focuses on the People's Choice Campaign. Everyone is invited to our Campaign Opening on October 22nd.  Swamptoberfest will be a spectacular celebration featuring special performances by Otto Von Schirach the untamable, Oscar Fuentes the Biscayne Poet, The Candidate by David Rohn and Adora, installations by Sleeper, Magnus Sodamin and other oddities courtesy of Miami's most intriguing artists.

Swampspace was founded on the premise that promoting artistic values increases civility among diverse groups that make up our greater community.  It presents monthly exhibitions ranging from visual arts and sculpture to theatrical performance and musical interludes.  With nearly fifty exhibitions and critical acclaim, Swampspace is now recognized to be a place both sophisticated enough for arbiters of taste and unvarnished enough for the iconoclast.

The People's Choice Award highlights small arts groups making a difference in South Florida.  It's part of the Knight Arts Challenge, a community-wide contest funding the best ideas for the arts.  Winners of both the challenge and People's Choice will be announced in December.

Vote for Swampspace by phone:

Posted by swampthing at 6:20 PM No comments:

To jump start October and our nomination to the Knight Foundation

is sentimental in presenting

Valley of Tears
One Night Only 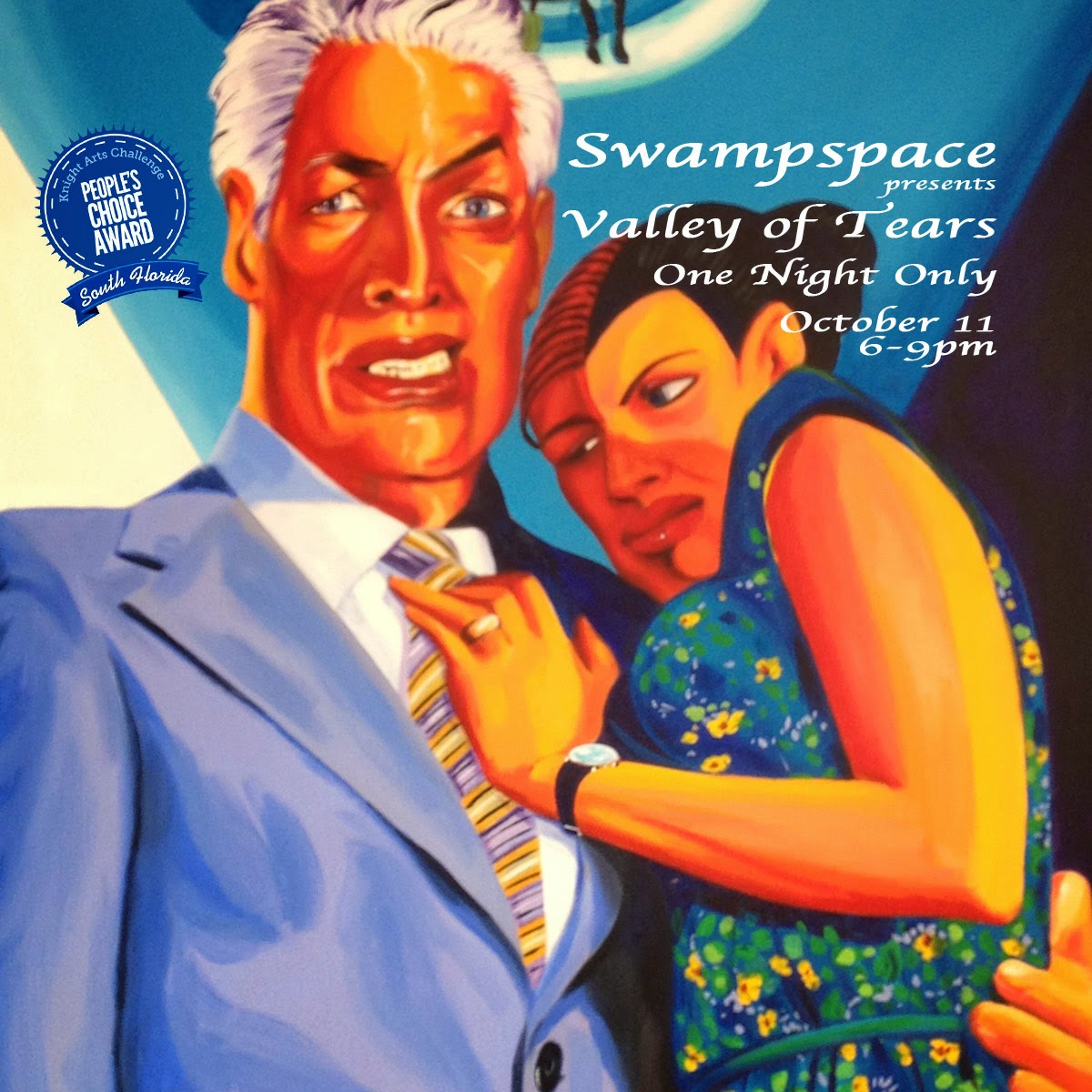 Join us for the Campaign Blast-off
and stay tuned for details on...

How to Vote for Swampspace! 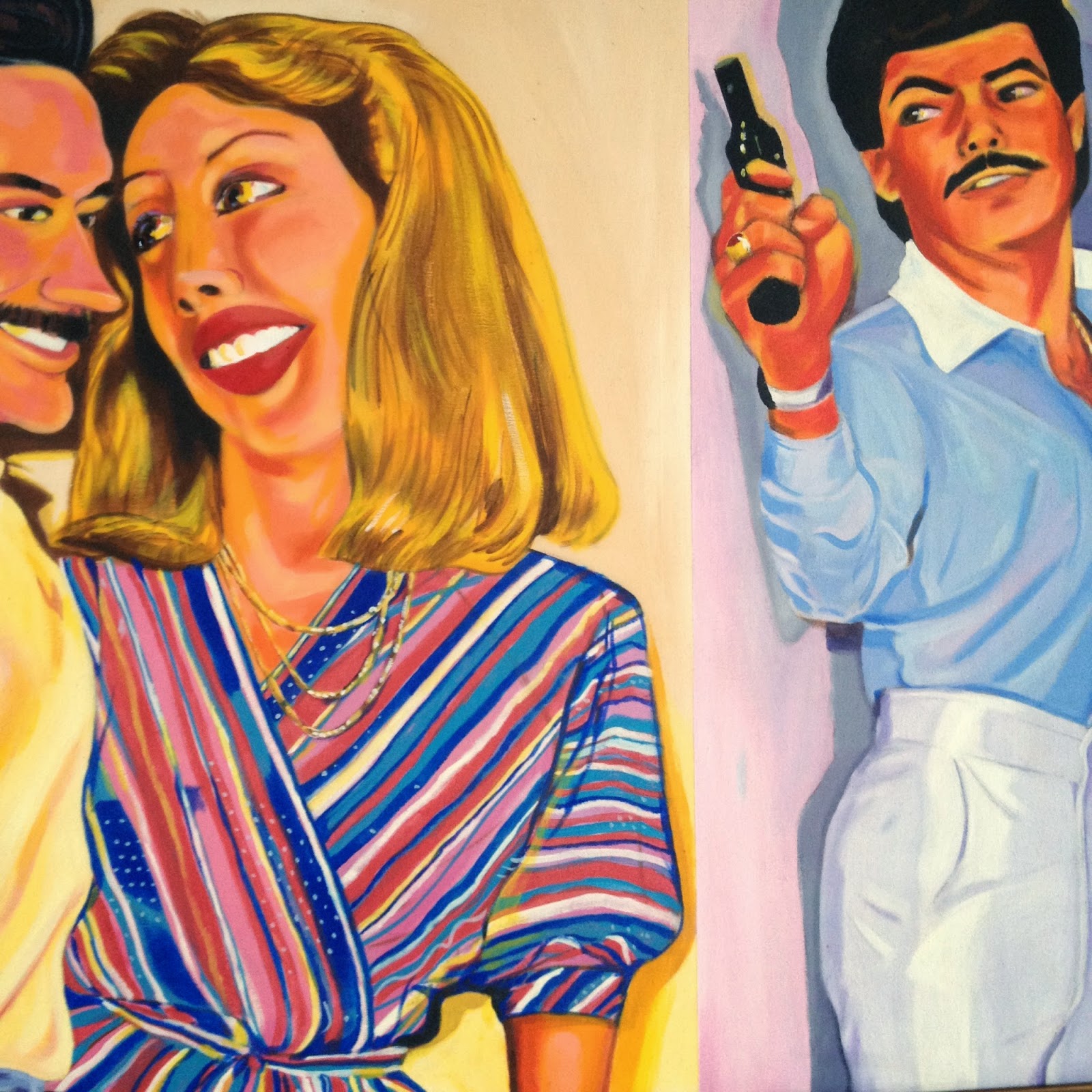 Posted by swampthing at 8:02 PM No comments: