“A sibling can be seen as someone who is both ourselves and very much not ourselves -- a special kind of double.” Tony Morrison

Erie, PA --- Swampspace and Maggie Knox are pleased to announce the opening of CLAIRE, an exhibition of portraits made over twenty years by Sarah Moody, with a book release of The Power of CLAIRE. The exhibition will feature twenty-four framed photographs and hardbound books for sale.

The photographs are of Moody’s sister, Claire, beginning in childhood until Claire’s death in 2016. Claire was diagnosed with osteosarcoma, a rare cancer starting in the bone, in 2012. She fought a courageous battle, being treated in Miami, Florida, Erie, Pennsylvania and New York, New York. The images were all taken with film and are candid and posed, straight on with eye contact. Sarah comments about the work:

“Our close relationship created an environment that fostered comfort ability and love, rare to find between photographer and muse. This gave me the opportunity to document her in intense, joyful, and later excruciating realness. Claire’s infectious personality allowed her to express herself and her life so deeply, and so fully. Lucky me to have her as a subject.”

The Power of CLAIRE is a 158-page color hardbound book chronicling a worldwide tribute to Claire by friends and family beginning a couple days after she passed on August 11, 2016. The first ‘CLAIRE’ was made on Miami Beach, written in flowers in seven-foot letters on the sand. The video sharing the creation and gathering of friends was shared on social media, creating a viral outpouring of love of friends and family sending their own tribute. 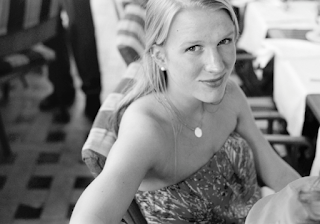 CLAIRE will be included in IIIPoints Festival’s Activation Program (February 15-17), with a sponsored opening reception on Saturday, February 16, 2019 from 5-8 pm.

Sarah Margaret Knox Moody (b. 1988, Chicago, IL) is a photographer, artist, and curator based in Erie, Pennsylvania. Her work is process based, rooted in familial history and connecting with others.  Moody received her BFA in Photography from Parsons School of Design and BA in Literature and Writing from Eugene Lang both of The New School University in 2011.

Posted by swampthing at 10:58 AM No comments: