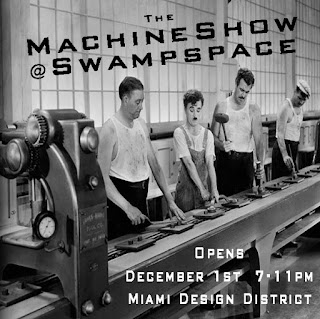 RE: THE MACHINE SHOW at Swampspace

"You have to be practical. Doing even crazy things with a logical approach." Martine Rothblatt 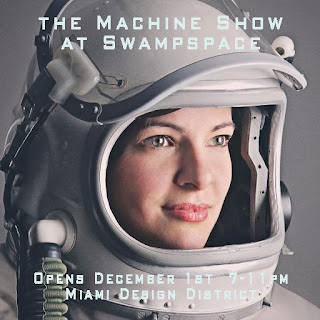 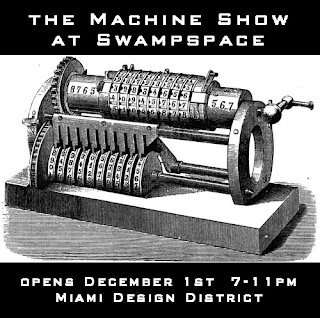 The director of Swampspace, Oliver Sanchez announced today the much anticipated December 2015 exhibition THE MACHINE SHOW coinciding with ABMB and Art Week Miami.

THE MACHINE SHOW at Swampspace is a lighthearted look at the history of mechanization and the influence of machines on the development of modern civilization.
With the understanding of six simple machines, we negotiate the material world that is defined by physical law.
With reinvention of the wheel and a betterment of the mousetrap, we concoct unnecessary contraptions that fix what is not broken. We tackle the mundane with urgency and stubbornness to satisfy our innate urge to tinker where no tinkerer has tinkered before.  We dream of obsolescence on the notion of a better tomorrow.
With the combined forces of isolated parts buzzing in unison like a symphony of gears, we conjure behemoth contraptions that unleash the harnessed energy of fossil fuels in a smothering busts of combusted genius.
With minuscule intrigue,  we delve into the precise world of tiny unseen processes in calculation. We are lulled by a nano-world of undetectable energy transfers and lightning fast computations.  We plunge into the information age of categorical picturesque meta data as users of electronic devices with the attention span of mosquitos. With the refinement of our self-analyses we are unrelenting in an attempt build machines in our likeness.
Without machines, we are what nature intended, dreadfully curious, remarkably unclothed and rusting beautifully. 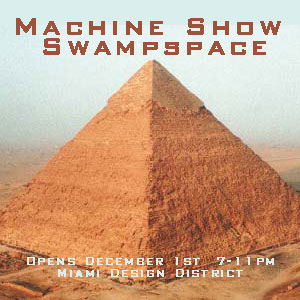 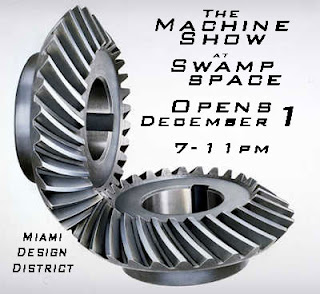 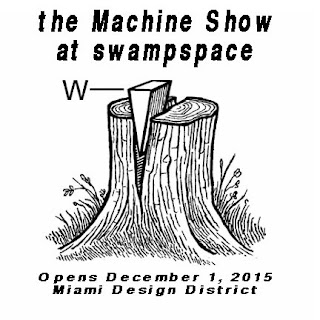 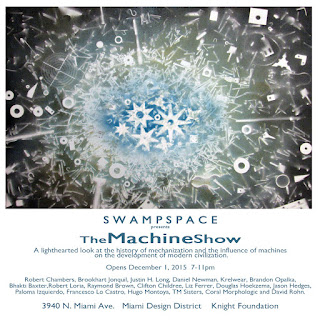 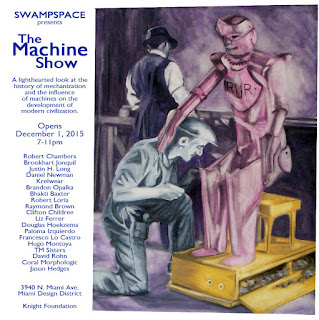 "The scientists today think deeply instead of clearly. One must be sane to think clearly, but one can think deeply and be quite insane."  Nikola Tesla

Contact:  swampstyle@gmail.com
Posted by swampthing at 3:52 AM No comments: