Oceans of Notions for Basel 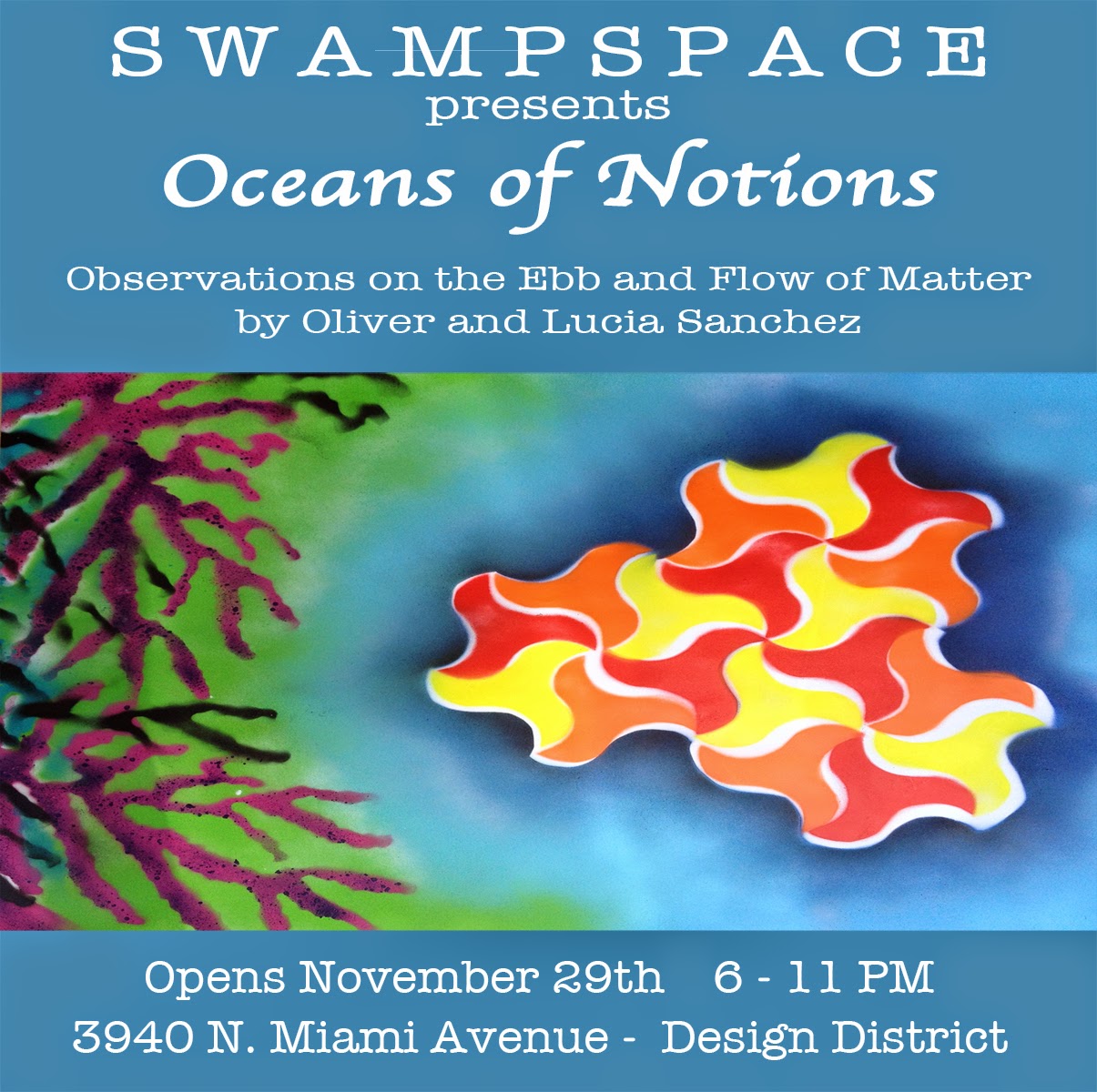 To coincide with ABMB 2014, Swampspace Gallery is pleased to present it's annual signature exhibition titled Oceans of Notions - Observations on the Ebb and Flow of Matter.  The installation will feature curatorial works by Oliver and Lucia Sanchez.

Oceans of Notions will focus on the creative impulse, intrinsic to our dependence on water, the inhospitable allure of the oceans and our collective earthbound psyche.  Oceans of Notions is the curatorial debut of the father and daughter collaboration.

Swampspace Gallery has been an artistic mainstay in the Miami Design district for over a decade. Swampspace is a recipient of the prestigious Knight Foundation Arts Challenge Grant 2014.
Posted by swampthing at 6:13 PM No comments:

Please join us for another remarkable night at the Design District's Site-Specific Performance Series. Shows start the fabulous De La Cruz Bldg for a musical interlude with the New World Symphony. Then we stroll over to 3900 N Miami Ave for a sneak peek at the intriguing Gina Gionfriddo's U.S. Drag. Finally we top off the attractions with Kamel-Bak at Swampspace featuring the antics of David Rohn, Adora and Jasmine Kastel and their outrageous triple threat Homo-sapien Collabs made all the better with cool smooth libations compliments of Grey Goosey Juicy. 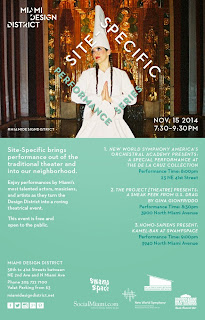 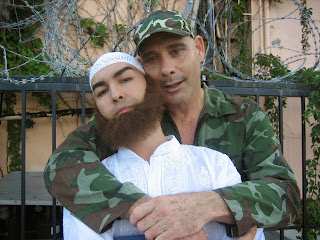 Posted by swampthing at 7:45 PM No comments: