Swampspace Gallery
is thrilled to announce
the photography of 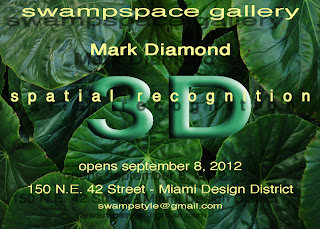 The Spatial Recognition Show
is sure to be eye-opener of 3-Dimensional photography reflecting this amazing medium.

Diamond helped establish the Museum of Holography in New York City in 1975.  For three decades he has maintained a laser laboratory for holographic research and more recently developed an indescribable lenticular imaging technique applied to portraiture of notables such as Buckminster Fuller and more importantly the impromptu photo-journalism of street theater personalities .  At mid-career Diamond is nudging the envelope of contrived expectation with a stunning sense for the power of kitsch.

“this is a new medium for most people, and as such a new visual language which requires a bit of contemplation in order to really see what is going on in these little gems. By presenting such an overwhelming pastiche of subjects all in one place the viewer can readily acclimate to this new lexicon if they have the patience to engage, the rewards are great and it directly affects their appreciation for the 3-D- depth of the world around them.”

Not to be underestimated, Diamond professes to have assembled a gallery of hundreds of images aptly called the 3-D Wall-o-Gram.  Included in his arsenal is an unusual  3-Dimensional Aerial Atlas of Miami filmed from a helicopter over the last 4 years.  The centerpiece of Diamond's 3 ring circus is entitled GreenSpace.   Visitors will encounter a chunk of earth and green leaves popping from the floor causing the sensation you are seemingly knee deep in it.  Diamond says that the experience is achievable in a dream state where objects intersect and share 3 dimensional spaces in a way “real” things cannot.

Special musical guest  Jam I Am 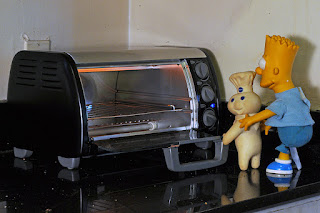 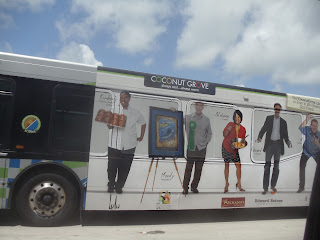 The hottest month in the swamp is also a time to reflect on the art scene as one melts into a puddle of paint and promises in the shade.  What direction will our beloved arts community take as the 2012 season approaches? 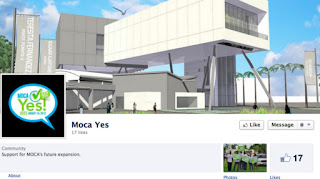 For starters, the Museum of Contemporary Art in North Miami will not be following in the footsteps of PAM as it did not get the blessings of a YES vote to fund its visionary expansion with public dollars gifted from public debt.  Clearly the waters have been muddied with disappointment. 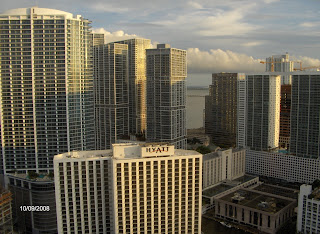 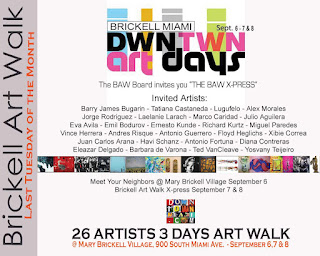 Curiously enough downtown Miami interests do not seem to have any hurdles when it comes to a silent tax base  funding the arts.  With the help of  DwnTwn dollars the thrust is towards energizing the proverbial dead zone with further development. When opportunity calls, some stand in line with bated breath for the tap on their backs that signals their good fortune while others watch with disbelief the transparency of nepotism in the swamp. 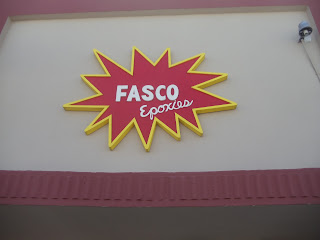 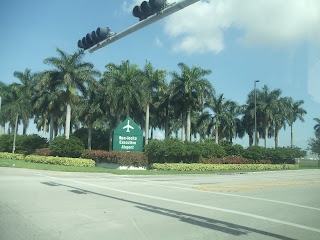 The moorish capital of the swamp will aslo soon be infused with art dollars thanks to taxpayers and really good grant writers.  But I recall twenty years ago we were very close to having an original  Keith Haring sculpture at the entrance to the OpaLocka airport and some one sour power puss blocked the deal.  Our loss. 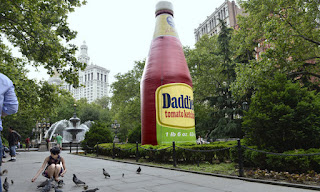 When we survey the bigger picture, it would appear there is a trending for the bigger as evidenced by the solicitation of monumental artworks produced locally for the much anticipated union of ULTRA with BASEL musical art concert scheduled for December at Bayfront Park.

Big for the sake of scale is just plain small minded. 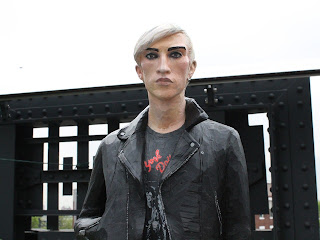 So there is certainly a valid case to be made for the small.
Small is good when the show is over. 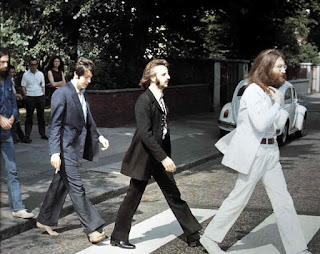 Small and big are a matter of perception,  the size of ones gait does not necessarily make for great, but  shoe size does matter.  Too loose or too tight, a blister in never all right. 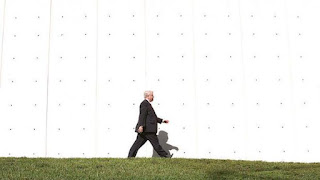 For most Miami artists it has become apparent that those who march the predictable goose-step are less likely to fall out with the platoon of power brokers.  That is neither good nor bad but a random act of coincidental fate for some and a contrived acquiescence for others. 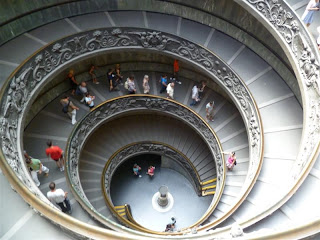 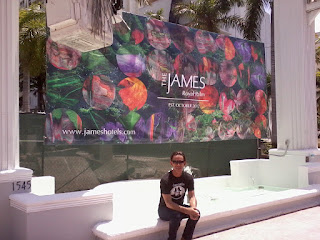 As we spiral out of the storm season and into the business time of the year, Miamian are looking at how best to dedicate their limited resources to maximize another fabulous fall winter in the swamp. 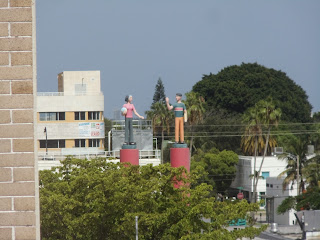 Kids are All Right

Big ups for the DASH Kids who survived tropical dud Isaac unscathed standing tall for a decade the Design District beacons welcoming BASEL and much more... 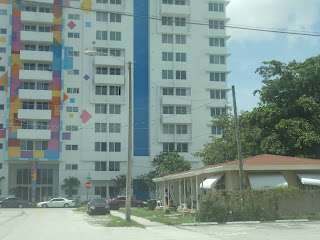 Contrast in exceptionalism; expectations and opportunity for Miami and its art are aptly exemplified in this photo. 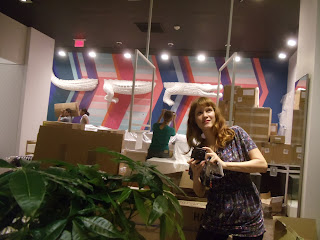 The face of our captivating allure is in this photo.

Posted by swampthing at 9:19 AM No comments: 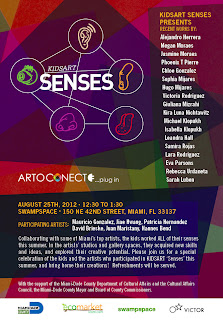 Next up for one day only on Saturday August 25,
Swampspace will host ArtoConecto's next plug-in event KIDSART SENSES
featuring the absent Berliner and never tired Hannes Bend.
For more info contact ArtoConecto 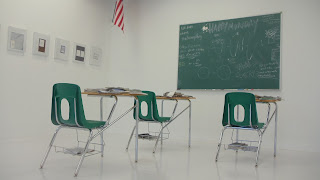 School has officially begun but for Tony Kapel his HallsWays show is over.
Kapel may be the Shel Silverstein of our time, his most recent book is a coarse collection of poetry, observations and refined doodling that mostly only the keenest of swampy minds can craft. 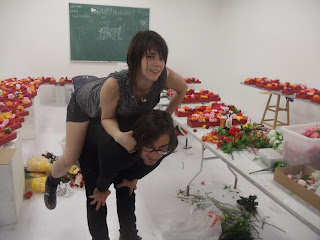 All We Need Is Love... and a few more plastic flowers.
The swamp never sleeps and neither does our space and its supporters seen here currently hosting the very floral petroleum petals production for Rosario Marquardt. 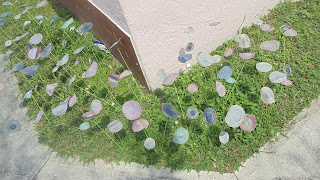 And as we turn the corner here at swampy, please take a moment to smell the bouquet of denim flowers courtesy of Regina Durante Jestrow, one of our finalists of the Swampspace Sculpture Parking Challenge.

Posted by swampthing at 6:35 AM No comments: